The Saturday before Valentine's Day was my 37th birthday. We went out junking during the day and then went out for dinner and drinks with friends later that night... thanks to everybody for coming out on one of the coldest nights this winter! I had a blast! It was great hanging out with everyone, especially since being jobless has left me in a funk lately. 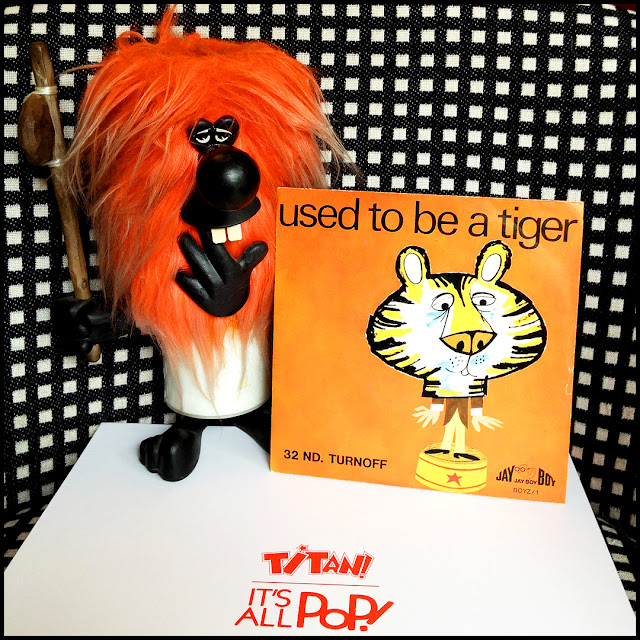 I'm so excited I got Used To Be A Tiger by 32nd Turnoff from Tony as one of my presents! It was one of my most wanted records for a very long time and it features one of my favorite record covers! Glad to have this Italian-only monster crossed off my want list! Also pictured is a vintage caveman lamp that I gifted to myself... thanks again for the tip, Marc! He's awesome! Also, my good friend, Tim, surprised me with this Titan Records LP box-set. Not pictured is a bottle of booze that my friends Kevin and Amye gave me. Thanks again, guys! 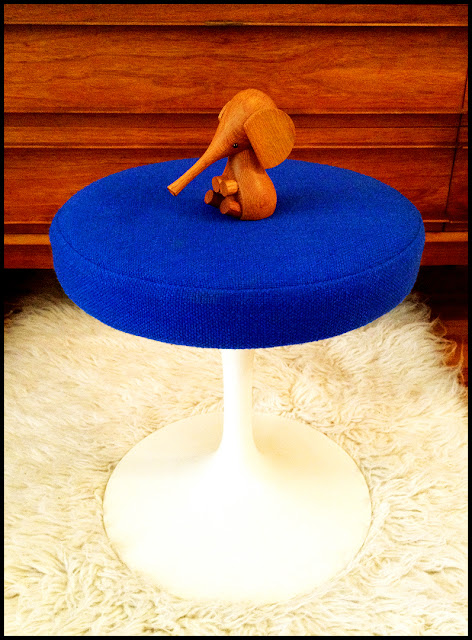 We spent 10 days visiting friends and family in Arizona in January and while shopping around in Phoenix with one of our best friends, I spotted a vintage Knoll stool designed by Eero Saarinen in 1956. I was in love as soon as I saw it! It still had its original Knoll Associates tag and sticker on the bottom and retained its electric blue Knoll fabric that fits in so well with the vintage Adrian Pearsall sofa in our den. At the time, I was concerned with spending money, since I was just laid off, so I had to leave it behind. To my surprise, Tony and Genz decided to pitch in and get it for me as a joint birthday present. After we left Arizona, Genz went back to the store and nabbed it for me and mailed it my way. Thanks so much! You guys are the best! Seated on top of the stool is a vintage Laurids Lonborg teak elephant made in Denmark that Tony gave me for Valentine's Day. Tony's best friend, Damo, found it in San Francisco and sent it his way just in time for V-Day. I love him! Thanks, Damo! 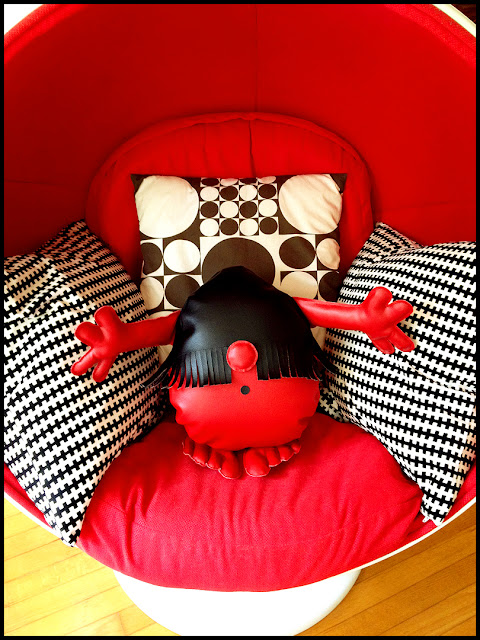 Lastly, this is the Gonk that I made for Tony out of naugahyde for his Valentine's Day present. He absolutely loved him, and I'm pretty proud of how well he turned out. Lately I've been working on sewing projects and coming up with designs for a possible business venture, so I was glad I could make something to surprise Tony with. Stay tuned for further news and announcements! I'm hoping to get it all figured out really soon since my severance checks are about to run out. YIKES!

Love Is All Around 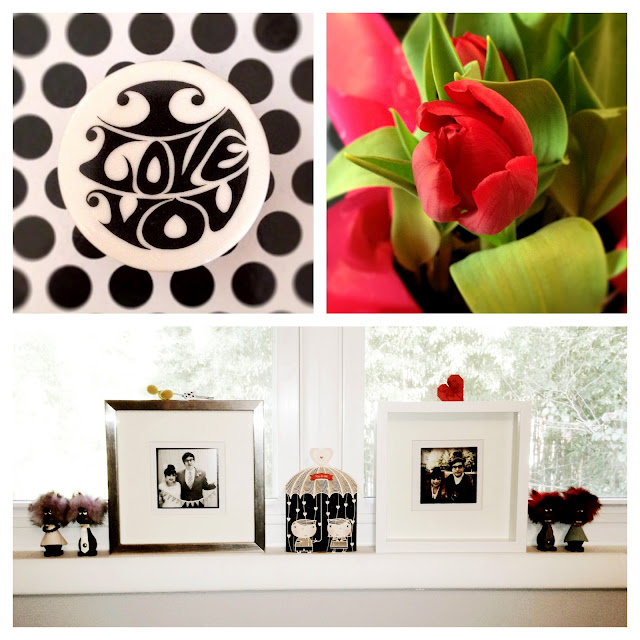 We hope everyone enjoyed an exceptionally amorous Valentine's day! As for us, we just wrapped up a delicious meal Valery prepared and we're settling in for the night.
at 6:27 PM 0 comments

It's Later Than You Think 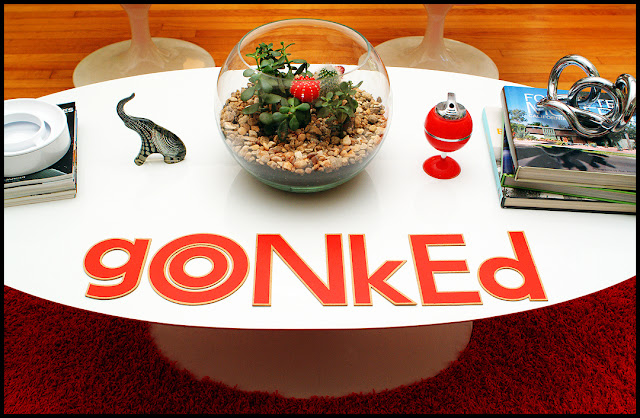 Wow, has it really been over a month since our last update? So sorry, dear readers, but we had guests staying with us over the holidays, visited Arizona for ten days (don't worry: an update is forthcoming) and I even got my first job as a professional archivist—consequently, leisure time's been at a minimum.

Valery was also laid off after twelve years, so 2012 has subsequently opened up new opportunities for us, and we're excited about what the rest of the year holds in store. We guarantee that there will be more related announcements to come!

Anyway, without further ado, let's hunker down and unveil the treats that came our way this past Christmas. 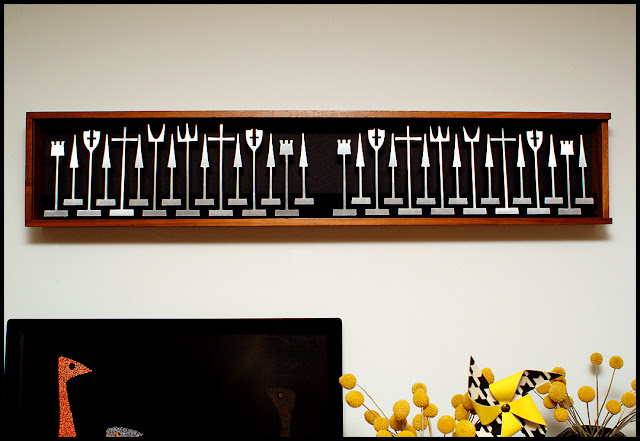 This time, our buddy Mike—he with the penchant for game-ending gift-giving skills—bestowed upon us this fantastic chess set produced by Austin Enterprises in 1962. We'd only seen this modernist aluminum set in books prior to receiving this beauty. Thanks again, Mike! 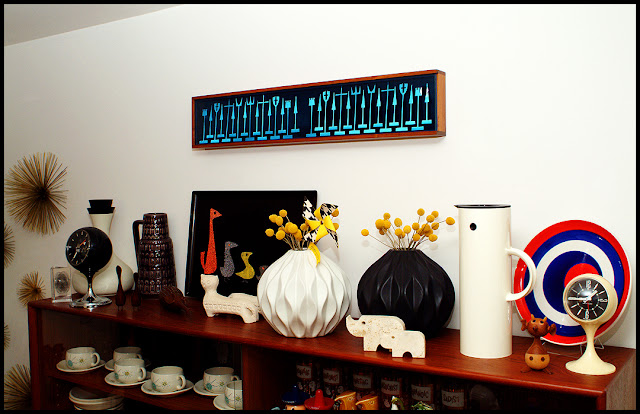 Here's the set hanging in its natural state—complete with its blue plexiglass screen—where it's likely to rest undisturbed for the remainder of its stopover with us. We apologize for the unsightly clutter featured below. 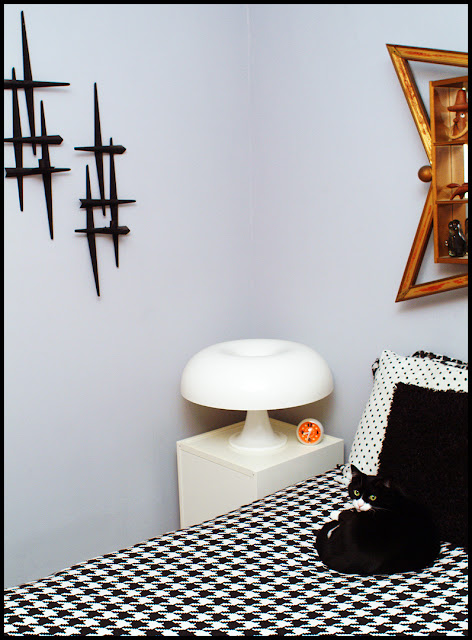 You'd think that we would've been satisfied with already owning a vintage Nesso by Artemide; however, we'd wanted two white beside lamps for a while, and a great online deal sold us on the idea of giving each other a new pair for Christmas. Here we find Otis admiring one while keeping my side warm. 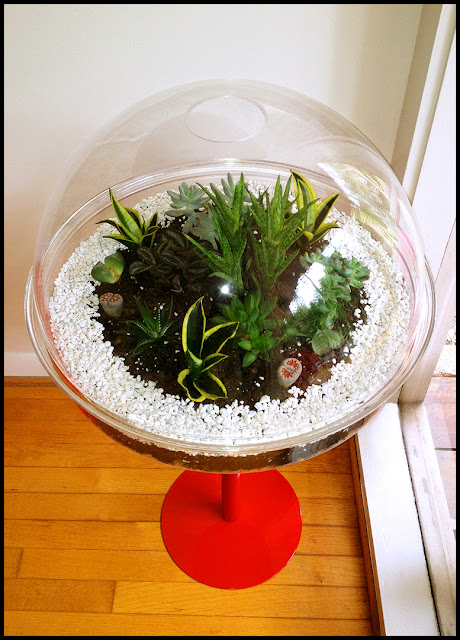 In addition, we also agreed to get each other a few small things, and a big ol' thank you is owed to Damo for lugging this Terradome around San Francisco and mailing it to me in time for the holidays! It should be noted that Valery's love of terrariums is second only to her planter obsession. 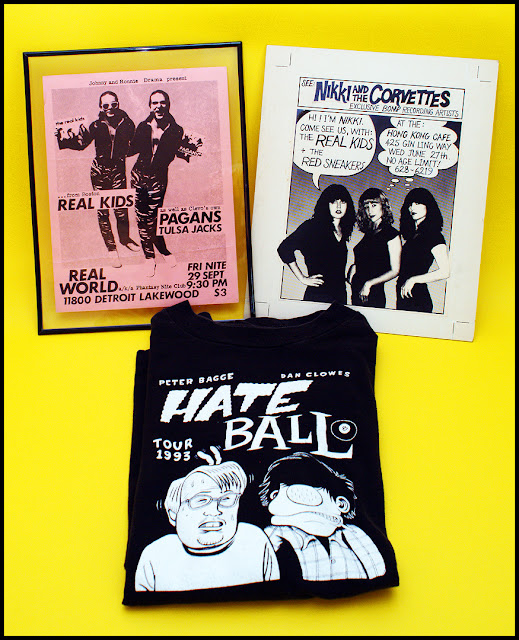 Valery returned the favor by giving me this excellent Pagans and Real Kids flier from 1978—for a show that took place a day before my third birthday! Our buddy Ryan was also kind enough to send Valery the original paste-up artwork for a different Real Kids flier—this'un's promoting a shared bill with Nikki and the Corvettes (in 1979). Lastly, our friends John and Cindi gave us this Hate Ball t-shirt commemorating Peter Bagge, Dan Clowes and their trek along the comic book store circuit in 1993. Thank you! 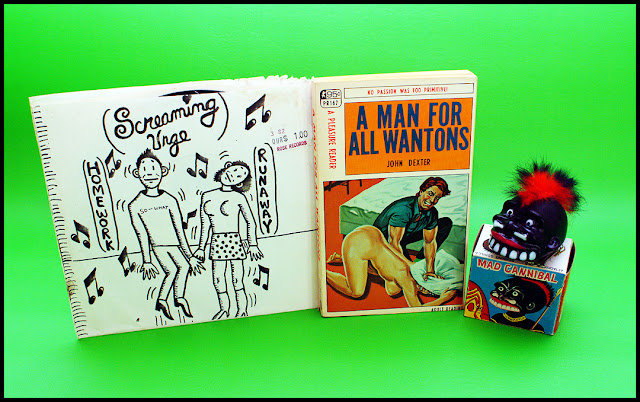 Valery successfully tracked down the Mad Cannibal, a wind up horror hopper from the same line that brought us the incredible Shudder Pig (featured elsewhere), and gave it to me as an early gift. I'd been anxiously waiting for one—complete with box—after I passed on a pricey specimen a few years back. Despite the odds, Damo tried to steal last year's show by delivering the Screaming Urge's Homework 45 (complete with original, over-sized sleeve) a month before it was legitimately reissued by those nice guys over at Sing Sing. Speaking of nice guys, Mike also sent along John Dexter's 1968 paperback, A Man For All Wantons, featuring one of my favorite psycho-sexual covers by Tom Cannizarro. No passion was too primitive, indeed! 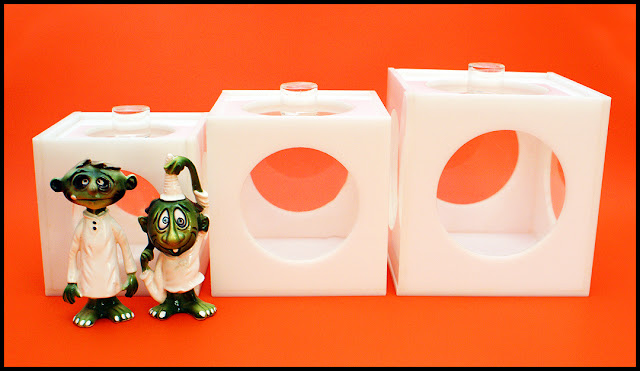 Mike spoiled us even further by tossing in these Psycho-esque salt and pepper shakers produced by Norcrest, and these vintage mod lucite containers. 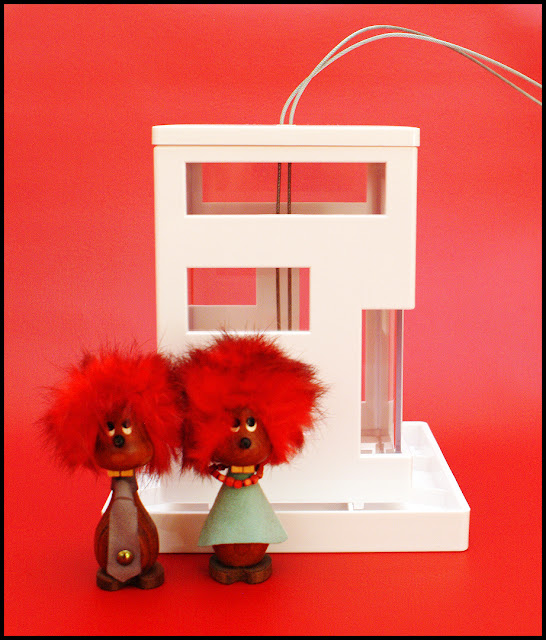 Last but not least, our pal Kevin added to our ever-increasing bird-feeder collection with this Umbra production—and it should be hanging outside by the time I type this. These wooden gonks were also contributed by Mike, and are similar to the two imps that occupied space on our wedding's sign-in table. Thanks again, guys!
Hope everyone had as peaceful and plentiful a holiday season as we did!
at 2:31 PM 9 comments
Newer Posts Older Posts Home
Subscribe to: Posts (Atom)